ECtools uses the analysis model of Scia Engineer and the proposrtioning (reinforcement) results from ECtools to prepare a nonlinear analysis model for the execution of pushover analysis based on ATC 41-13 and FEMA 356.

The nonlinear analysis is performed using a dedicated Seismostruct engine which is included in the nonlinear version of ECtools.

The material properties are: 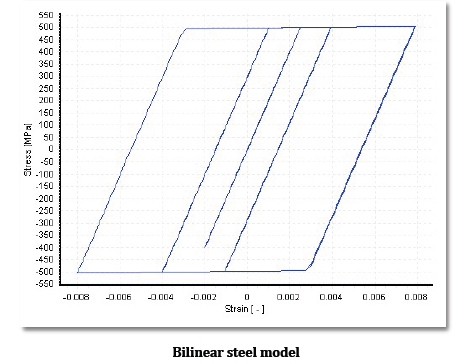 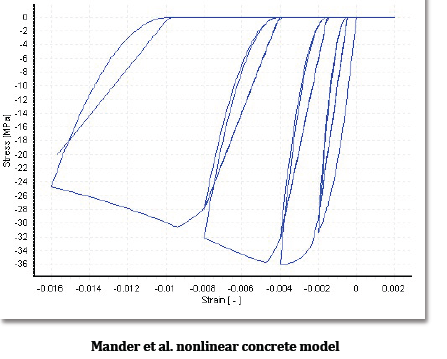 The analysis is based on a fibber element apporach whereas: 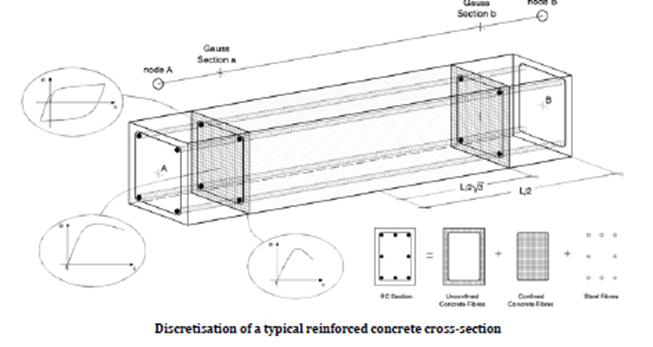 The particular program application aims at creating an ETABS model for analyzing it using static inelastic analysis (pushover) . Specifically, based on the calculated member reinforcement resulting from the design, the member moment capacities are calculated and plastic hinge points are inserted at their ends , which follow the moment-curvature diagrams according to the relevant clauses of FEMA 356 and ATC41-13. Plastic hinge points can be inserted in beams and columns for which the required reinforcement has been calculated (i.e. jacketed sections are excluded) and at the bases of rectangular RC walls that have been modeled as linear elements. In beams, the plastic hinges are (moment-curvature diagram) applied along the 3-3 local direction (Μ3), whilst in columns and RC walls along 2-2 and 3-3 local directions (Μ2 και Μ3) without any axial load interaction. 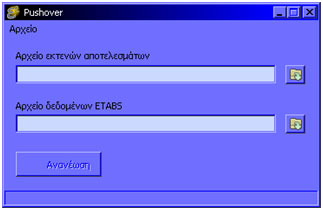 The following are required in order to update the ETABS data file so as to include the plastic hinge information at the ends of linear elements :

Once the previously mentioned file names are input in the relevant fields, the ETABS file can be updated to include the plastic hinges by clicking on the Update button.

button selects all the members in the window and the

button deselects all. Initially, the user is prompted for the beams. Then by clicking on the Next

button the user is prompted for the columns and lastly, again by clicking on the

Next button, for the rectangular RC wall bases that have been modelled as linear elements.

Once the conforming members have been selected, the user is prompted for the ETABS file name (.Ε2Κ extension) under which the updated data are to be stored. It is recommended for this file name to be different than the original one. This new file is next loaded in the ETABS environment from the menu File -> Import -> ETABS .E2K Text File in order to analyze it using static inelastic analysis. 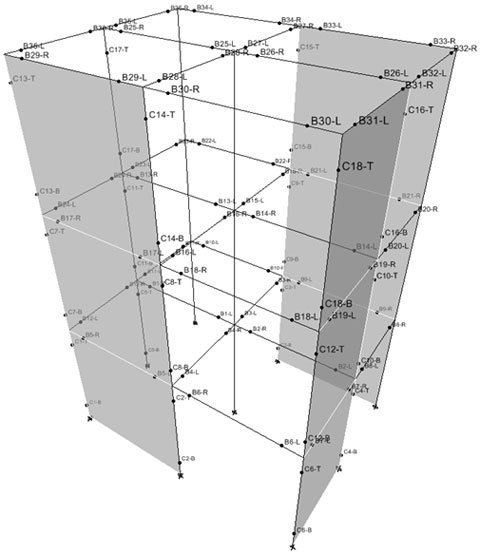 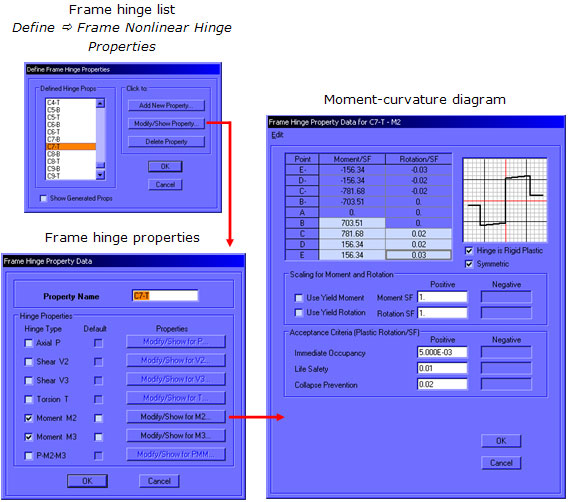